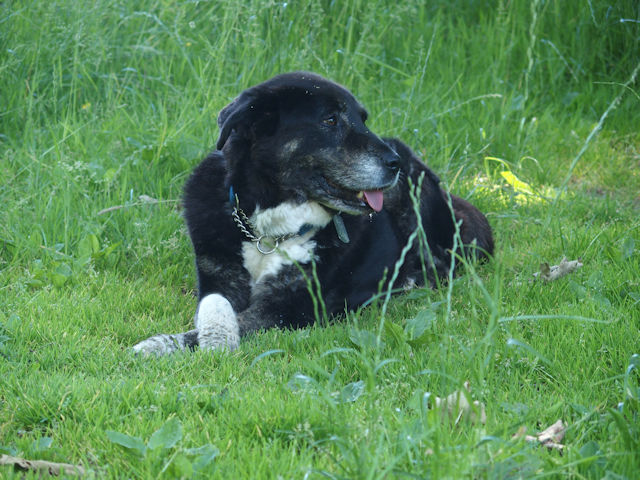 Sunday, August 2, we put Haley to sleep. She has only been really ill for a short time.

In 2011 we visited her in Belgium and we were immediately sold. A Mastin Espagnol cross.
What a gentle dog. But also stubborn and anxious and insecure.

The first year called for a lot of investment; toilet training, walking along without pulling on a leash, staying home alone, not going out when the door is open, getting to know all kinds of (unknown) things that she was afraid of .... And she learned everything in her own way, on her own own pace but ALWAYS sweet!

Slowly but surely, with a lot of patience, two broken remote controls, a looted wallet and even more patience we got to see the wonderful dog that she has been to us all these years. We had to have a lot of patience sitting at the curb. She really didn't see the point in that. Offering her a treat to encourage her to sit seemed like a good idea, but then Madam turned her head "haughtily" away. No, I do not sit down for a treat. But in the end she did it anyway, although it always took longer than was actually necessary before she sat. We understood that this was real Mastin behavior.

After a year we had a fairly stable dog, stable enough to watch for a second one. This is because we thought she would like this and that it would make her a little more active because she was a couch potato inside. …….

And so came Wammes (Flup), also from ACE.

Haley made it clear on the first day with 1 quiet snarl that she was in control.  In the 8 years that we had them together, there has never been even a fight. They were great buddies, not glued, but they supported each other when needed.

The photo where they stand with the two of them was taken in the Ardennes. We went there in 2019 and for the first time we took the dogs on a summer vacation. And we had 2 great weeks. We were a bit afraid in advance that they would hinder us, but on the contrary, they were a real added value! Every day we walked a long way and they were able to run free 90% of the time. (They had to stay on the path!)

Our best memory is the walk where we got lost in the forest, with nice hills and thunderstorms on the way. And Haley, who usually hangs around behind, went ahead and showed us the way. She climbed a bit, looked back to see if we were coming and waited for us and then looked further the way.
And so we arrived on time, safely to the car, before the thunderstorm broke. We were so proud of her and so special to be able to trust your dog at that moment! We had never experienced this with her before but you just noticed that she knew what she was doing.

Also this year we had the plan to go to the Ardennes together again in June, but unfortunately that was not possible due to Corona.

It is not quieter in the house now, but heavier, We miss your quiet, sweet presence.

Finally, we would like to thank everyone at ACE who made it possible for us to adopt Haley. She got her golden basket, we got a diamond dog! 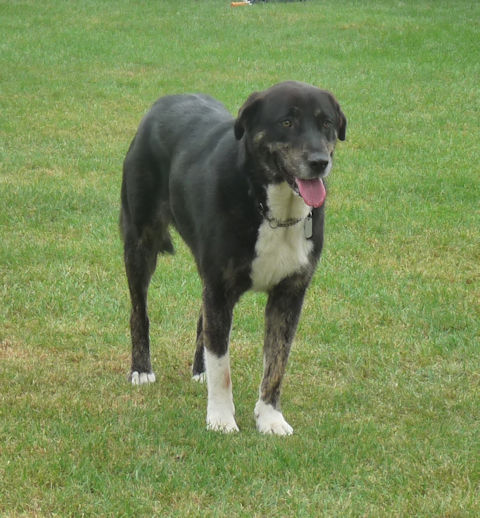 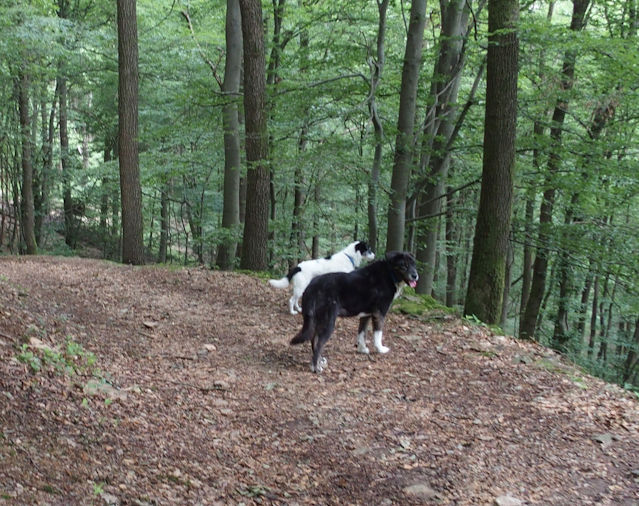