In Schiphol, he looked up curiously from his bench - directly at us. Oops, he was smaller than we thought. But incredibly fun and inquisitive. 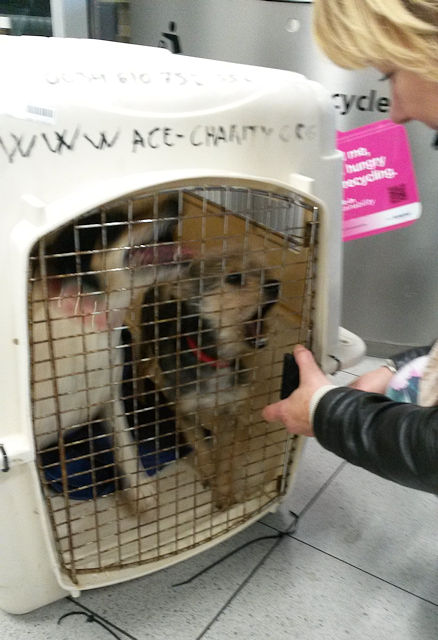 His harness, which we had bought at the pet store, proved to be too big. He didn't want any water. He shivered, though. Such a long journey in a crate, together with another dog, is not inconsiderable.

I already had wet tissues in my pocket ready for my grandchildren's runny noses when they came to me. Now there were also poop bags and paper handkerchiefs. Just as well because after 50 meters he left a large puddle and then walked another 50 metres and did a thick poo. Right in the midddle of Schiphol's white floor! We cleaned it up carefully.

Finding it all new and a bit strange, we walked with our Freek (which is the name we chose together
with the grandchildren) through Schiphol. In the car he was calm, although occasionally he looked rather miserably out of the window.

He has now been with us for two days. He sleeps, eats, walks, look about him and observes us.
His only problem, he doesn't like being left at night. Then he starts yelping an barking. So one of us is sleeping near the bench.

During the day we practice. We just go away and wait. We make the intervals longer and longer. A few days will do the trick. That's for sure. Things are getting better. The grandchildren are regular visitors and are already crazy about him.

Last night he did not go outside. Too cold and too wet! A real Spanish senor! Yet he must get used to the Dutch winters. Maybe we'll buy a jacket for him? I think that's would be sensible. For now we are discovering who he is and he is finding out who we are. So together we are trying to 'read' each other.

He doesnn't play. The grandchildren bought toys for him. But he just looks at them, doesn't know what to do with them. So let's let him recover first. 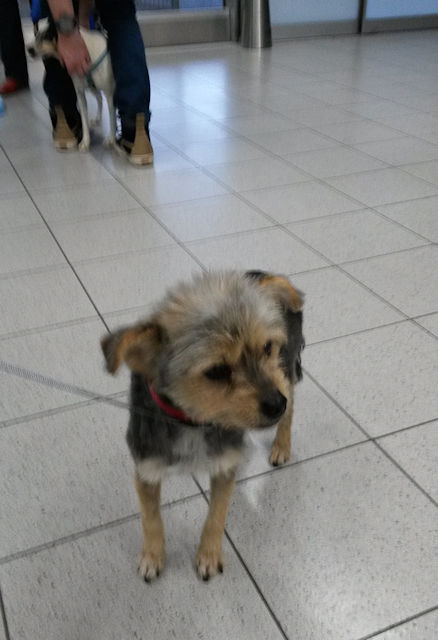 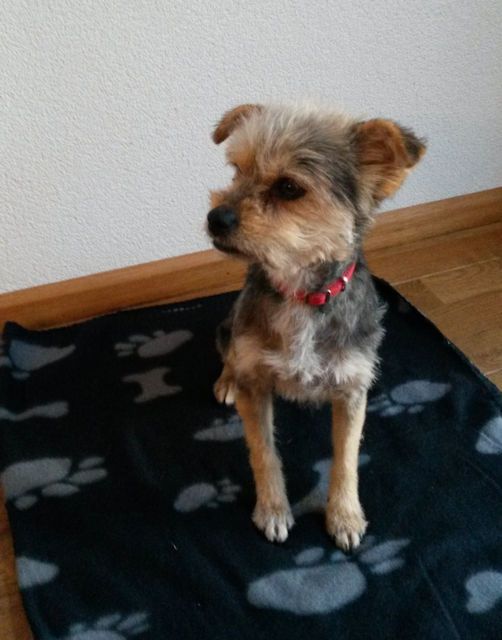 This is a nice warm blanket. I think I'll like it here. 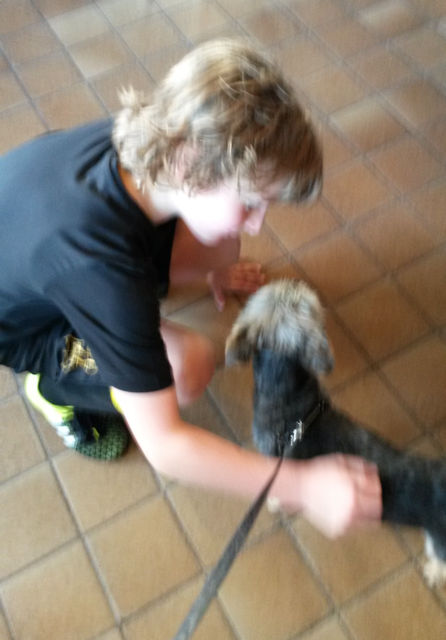