I had a lovely surprise this week. An unexpected email from Leen, who adopted Puppy Clodagh in 2014.  Fabienne named Clodagh for me, as I was out in Spain and was with Fabienne when she collected the puppy from her foster mum. It was a great privilege. I was delighted when, shortly afterwards the little one was adopted.

Leen tells us that Clodagh, now Millie, is doing really well and has grown a lot. She's a real sweetheart. She is very lively and sometimes annoys her sister, Zara, the Cocker spaniel. Zara is much older so having a hyperactive youngster bouncing around doesn't always go down well. But they are great friends, really.

In fact, Leen and her family are so happy with Millie that they are considering adopting another dog. Watch this space! 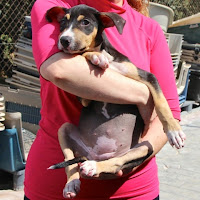 And look at me now, all growed up! 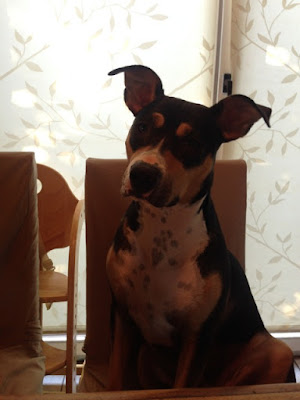 Getting bigger every day. 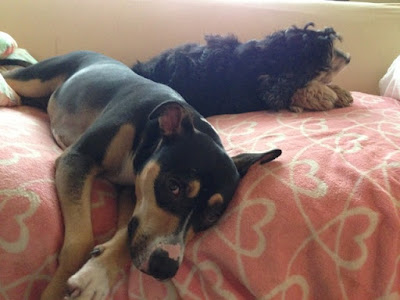 On the couch with Zara 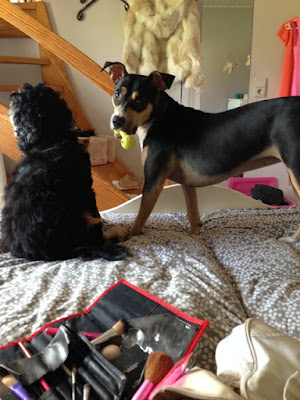 Look! We're allowed on the bed! 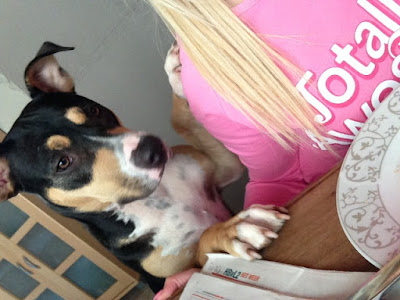 Hmm! I wonder what's on that plate? 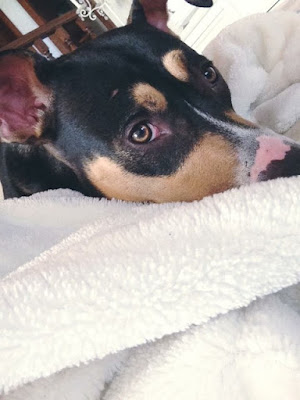 Picture of a happy little dog.