Message from adopter: "Everything is going very well with Xavi! He eats well, sleeps in a crate at the bottom of the stairs without any problems, he even obeys when we say SIT and HERE. He is a smart, studious and playful dog. The chickens and Xavi have made peace and even the neighbor's cat doesn't really care anymore. He is very friendly to everyone. Outside of a few blips he is really a dream to have in the house.

We try to be very consistent so that for him it is very clear what he is allowed and not allowed to do, for example he already knows that he does not get anything when we eat, and that he does not get attention when jumping up on people and should go and lie in his crate. That is his place where everyone will leave him alone. Only walking on the street is too scary for him. I now regularly go outside with him on the pavement so that he can get used to the sounds there and that's starting to work well.

This weekend we will go to the forest very early. When there are no people and then the four of us might be more at ease. I let him indicate what is possible and what is not in that area. I realize that he has a lot of new stuff to deal with, and I want to give him time to get used to it. This week we will also start to leave him 'alone' occasionally. To see what that does. We will start with leaving him just in the crate and then in one room and then another room and that's how we build it up.  I can tell you .... it is great love here! And when I see Xavi play and romp, I think the whole thing is mutual. So .... thank you in advance! " 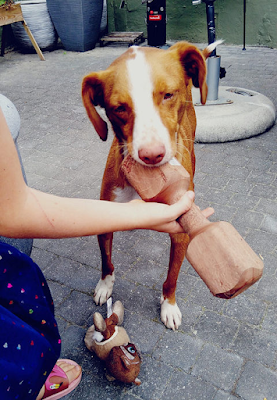 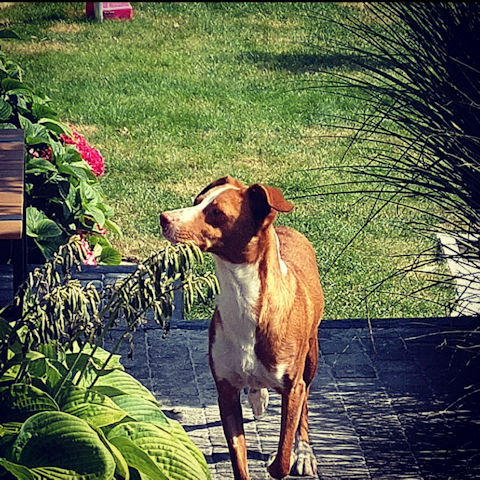 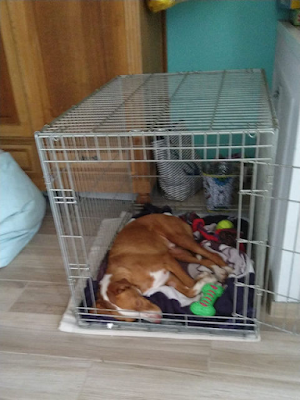