When things go wrong the dogs suffer too ... 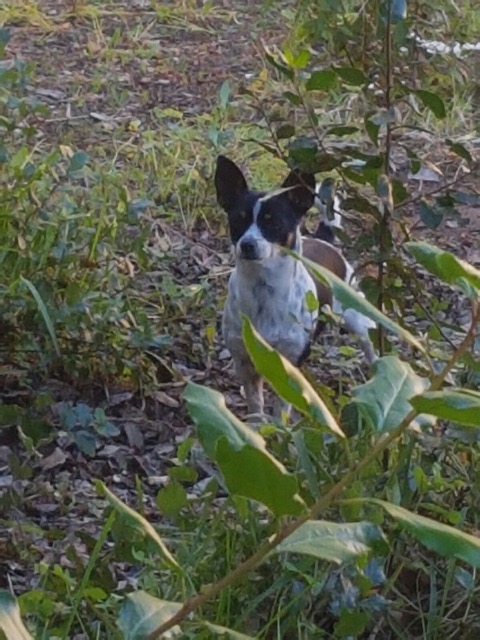 One of the other poor dogs

The woman of the house left so the gentleman started drinking. He became an alcoholic and started taking drugs. His life rapidly went downhill. One of our volunteers was told about him and that for over a week some dogs had been all alone in his house, abandoned to their fate.  But then after a week he surrendered the dogs to us.

There was a mummy with six little ones, only a few days old, another chihuahua and a pit bull - after consultation with their owner they were all allowed to come to us straight away. The dogs had been well cared for before all the misery began and they must have struggled lately.

The whole house was covered with the marks of Satan scribbled on the walls, it was also filthy and dirty. The smallest dog that we have in care, had only mud in his stools on the first day, unbelievable but true! The mummy dog was devastated and had an unprecedented hunger. All are now in good hands. Let's hope that everything will be fine with them. 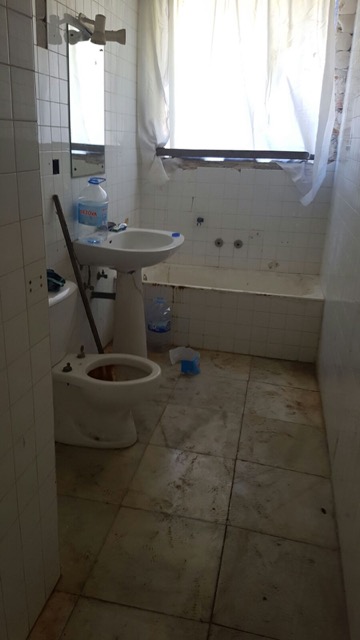 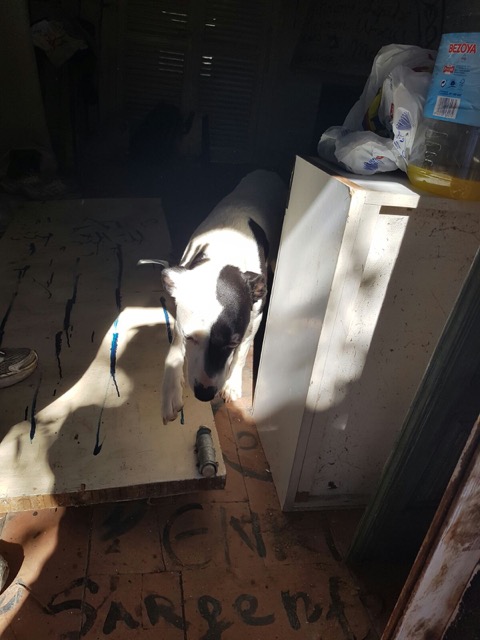 Mummy dog living among the rubbish 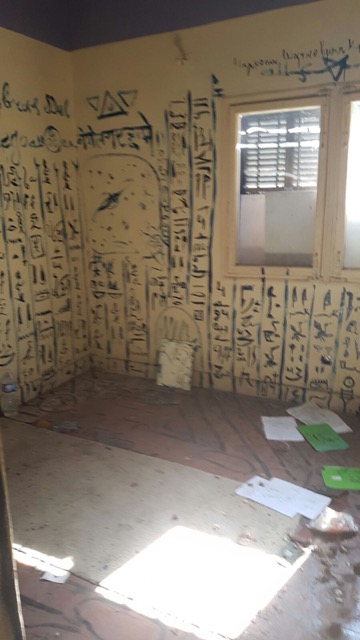 Satanic graffiti covered all the walls and some of the floors 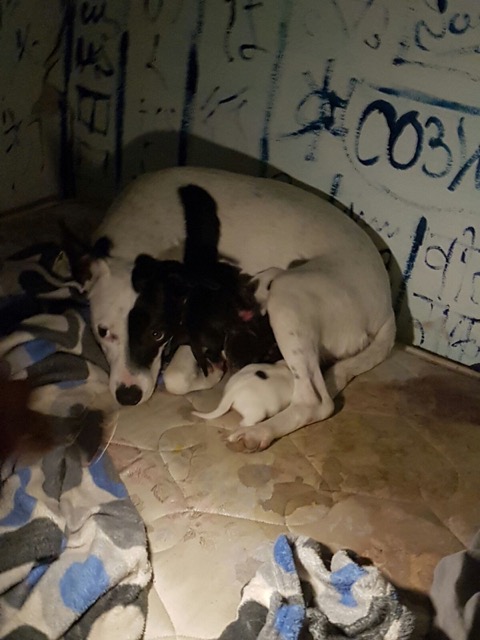 Terrified mummy with her tiny puppies 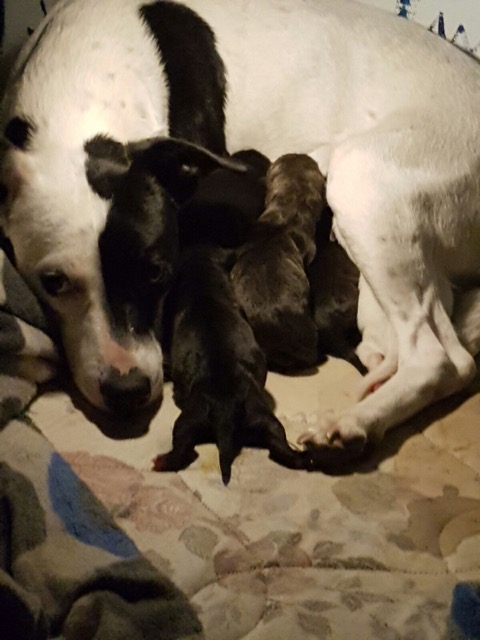 Guarding her little ones