Over the last twenty years there have been so many dogs who came and went. Some spent a short time with us, others - our darling 'long stayers' - found it hard to find a new forever home. No one knows why, they are all so beautiful and worthy of love. But among those who stayed a while with us, there are those who found friends. Friends who supported them when they were down, friends who gave them hope and companionship.

Ten years ago there were three dogs - we called them the three Musketeers - who all came in together.   Indeed they were all tied to the gate of the Refugio, in the hot sun. Huggy Hardy, Laurel (Chica) and Champ were three big beautiful big dogs with lovely characters. They looked after each other for the long two years they spent in the Refugio. And then, one fine day it was Hardy's time to go home. A couple of months later Laurel found her forever home - she is now Chica. Poor Champ had to see his friends depart. However, it wasn't too much longer before he too was adopted. All three lived not too far from each other so there were reunions.

And now we have three more Musketeers. Knight, Leopold and Fritz. Three gentle giants. On Facebook Vivien tells the moving story of Knight, who she rescued from the mountain. From the day he entered the Refugio, he was befriended by big bear Leopold, as was Fritz. These last two had been in the Refugio for some time, looking after each other. And now in turn they looked after Knight. 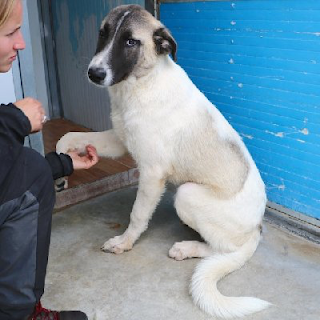 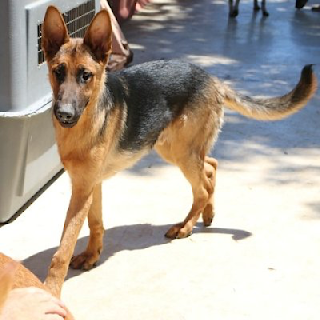 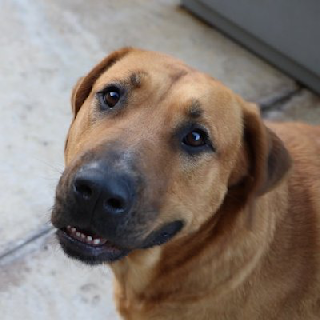 And now, just like Hardy, Chica and Champ before them, our new Musketeers have found loving forever homes. Even better after Knight was adopted, his new family agreed that it wasn't fair to separate him from his friend Leopold. So a few days later, Leopold flew off to join his big Mastin friend. But Fritz wasn't left behind, he had just been adopted too. And he won't be living too far from him buddies. Another happy ending. Another reason we all do what we do.

Here are a couple of lovely videos, thanks to Veerle, of the departure off Leopold, who travelled with Gandalf. And one showing how much Leopold was loved in his long years in the Refugio

For more about the original three Musketeers, see friends reunited and home at last