Sabina has her forever home - at last! 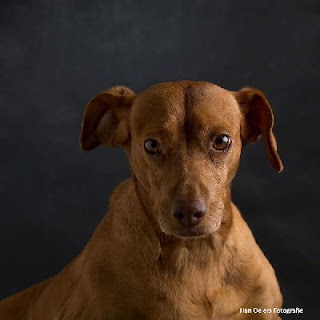 It's always so very special when one of our 'long-stayers' finds their forever home.

They are often the dogs who just get overlooked, maybe not as cuddly as a puppy, perhaps not the most beautiful to look at. Who knows? But what we do know is that these dogs have special characters. They are patient and kind, gentle and forgiving while they wait hoping for their chance, while they see other dogs come and go. They must be thinking 'when is it my turn?' 'Why does nobody come for me?'

Sabina is one of those dogs. I have seen her year in and year out on the website. She has featured in 'long stayer' posts on this site. And now. And now. She's home. 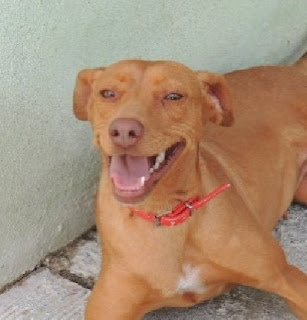 This is her story.

In spring of 2014 we learnt the sad story of Sabina and Elvio. They were an inseparable duo who had spent many days in a small, smelly room, with little light and air, with only a little filthy water at their disposal. They occasionally ate food, but lived cut off from the outside world. When a girl discovered their terrible condition, she immediately made a complaint to the environmental police. However, when Sabina and Elvio's boss heard of this, he let his dogs free on the street. For weeks they walked around the village until we finally caught them. Elvio found a good home after a few months, but Sabina didn't find her forever home.

She stayed with us for nearly three years, paertiently waiting. Until in January this year, she went off to foster care in Holland with our foster mum, Denise, who tells us that for Sabina it was all new and exciting - a lot to get used to. But she learned quickly and is vey quick witted.  She likes playing with the other dogs here. At first, she found it hard to share the attention, but that's all over. She is very fond of people, loves to hug and lay down on the couch next to you. She gets on well with the cats as well. Sabina is an easy, calm and sweet dog!

In fact she is such a lovely darling that Denise has decided to adopt her. She has seen so many dogs come and go as a foster mum. But this time, she is not saying goodbye. This time it's Sabina's turn. That is so wonderful and our heartfelt thanks go to Denise. We are so happy for them both. 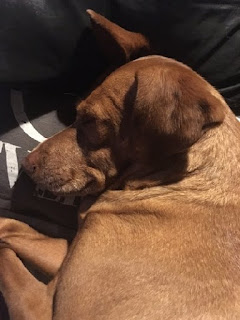